Justin is a city of 3,246 people according to the 2010 census, and is located between Fort Worth and Denton.

In 1887, the community petitioned for a post office to be named "Justin", in honor of (Walter) Justin Sherman, a chief engineer with the Santa Fe Railroad. Justin Boots was named after its founder, H. J. "Daddy Joe" Justin. 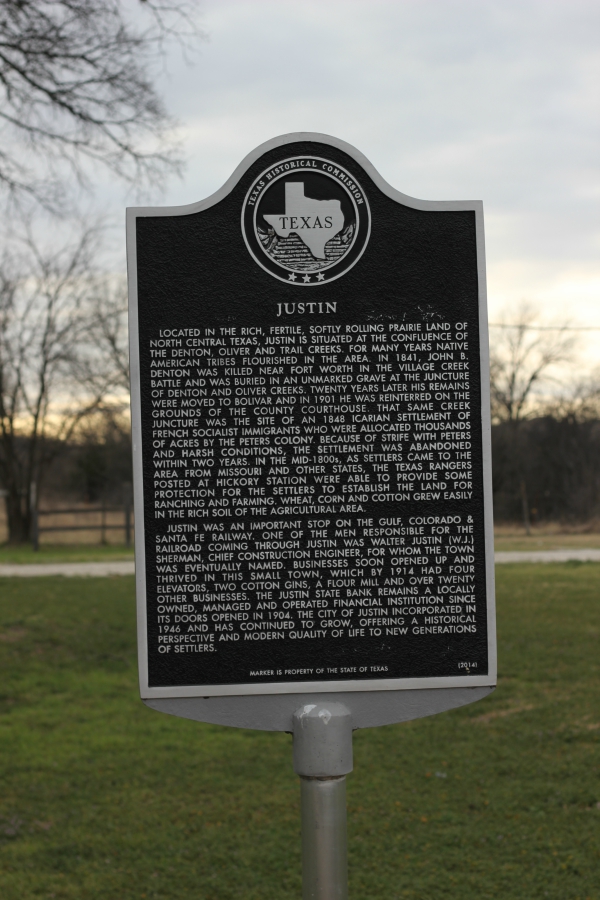